On Sunday 14/08/22 - weather permitting - we will be running another Mousa Sound Cruise from 11:00 till around 12:15.
We’ll be spotting wildlife on the way, sharing local history including The Stevenson pier, Copper mining, Burland and it's shipwreck story. Then across the Sound to hear about Mousa's rich history and a bit about it's lighthouse.
£10.00 per adult.
£5.00 for up to 16 years old.
Under 5s are free.
No booking required, just be on the pier ready to board no later than 10:45.

Working for the RSPB’s Centre for Conservation Sciencehas given me some amazing experiences over the years, and none more so than the ten weeks in 2014 I spent camping on Mousa, a small uninhabited island off the southeast coast of mainland Shetland.

Uninhabited by humans that is, as the island is home to the UK’s largest colony of European storm petrels(c.12,000 pairs), along with other iconic northerly seabirds such as Arctic and great skuas, Arctic terns and black guillemots, as well as both grey and common seals, and otters. The aim of that trip, accompanied by my RSPB colleague Chris Bingham, was to undertake night-time research on the storm petrels, to see whether we could develop a better method for counting them. Findings from the study have just been published online in the ornithological journal Ibis, accessible here.

European storm petrels (Hydrobates pelagicus) are small and elusive seabirds that feed far out to sea during the day, and only come ashore to their breeding colonies under the cover of darkness. They breed on rodent-free islands from Iceland to the Canary Islands, and spend the winter roaming the seas off southern Africa. At the last count, the British Isles held around 83,000 pairs in 95 surveyed colonies, approximately 17% of the biogeographical population of the subspecies H.p.pelagicus. Storm petrels (or alamootie, to give them their Shetland name) nest in burrows beneath rocks, scree and boulder beaches, and within the base of dry-stone walls. On Mousa, several hundred pairs also nest inside the stone walls of the island’s famous Iron Age broch, a 13 m high tower.

From late May to mid July, guided night-time trips with The Mousa Boat allow visitors to witness the fantastic spectacle of storm petrels flying around the broch as they enter and leave their nesting chambers, and hear the cacophony of eerie calls coming from almost every wall and boulder patch – a truly unforgettable experience!

It is these nocturnal, burrow-nesting habits that make storm petrels notoriously difficult to census. Current methods utilise ‘playback’ surveys, which involve playing a recording of the ‘purring’ song at potential nest sites to elicit a response. However, even when burrows are known to be occupied, response rates are typically low and are known to vary among colonies and years, leading to imprecise population estimates. For example, the playback census on Mousa in 2008 gave a mean estimate of approximately 11,800 pairs, but applying 95% confidence limits gave an estimated range of 8,100–17,700 pairs. With such an imprecise estimate, it is difficult to detect population change between censuses.

Booking is required for this trip

One of Shetland’s most spectacular sights is the return in late evening of hundreds of small storm petrel birds after a day feeding out at sea. The northern latitude means it never really gets dark in early summer (known as the “Simmer Dim”) and the birds use this half-light to evade predators on their return to nest in the Mousa Broch and the nearby beach and field walls.

We run our very popular and acclaimed guided walks to Mousa Broch at dusk to observe this display from mid May to mid-July on Mondays Wednesdays and Saturdays (duration 2-2 1/2 hours) for which booking is required.

The short fifteen minute crossing departs from Sandsayre pier, Sandwick unless otherwise advised, and all sailings are weather dependant. Please check your sailing is operating ....

Additional trips made if demand is high. Please enquire if you are unable to book preferred date.

Booking is required for this trip

Payment is made in Sandwick before departure to Mousa. Please note we are sorry but we don’t take card payments. 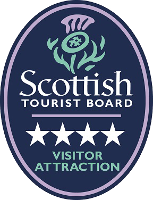